WASHINGTON FOUND LITTLE REST the previous night. At four thirty in the morning, he reported to Congress, noting only that there had been  “engagement with the enemy” and that he could not “ascertain our loss.” He neglected to mention that the British were now less than 600 yards from the biggest of the fortifications, Fort Putnam. He avoided noting that the British were quickly digging trenches, taking advantage of the rain-soaked soil, and installing embankments ever closer to the other forts on the line of defense: the Oblong Redoubt, Fort Greene and Fort Box. (Fort Defiance, farther away in Red Hook and still under construction at the time, kept its cannons pointed at the ships in the harbor, and was under minimal threat. Fort Stirling, situated along and designed to “command the East River” fared similarly.)

Quietly, Washington instructed General Heath to prepare all the flat-bottomed boats he could find, “without delay.” (How all of those boats were delivered to Brooklyn from the modern-day Bronx without drawing anyone’s attention appears to be unrecorded.) 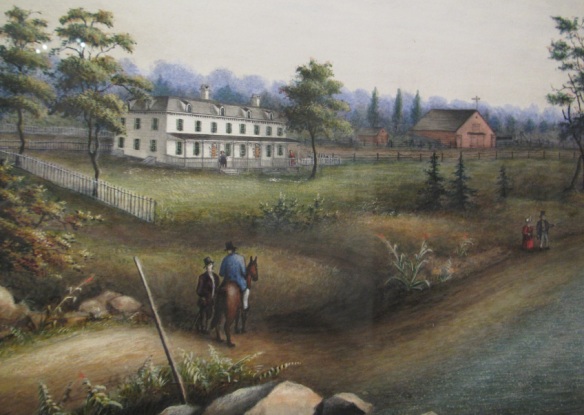 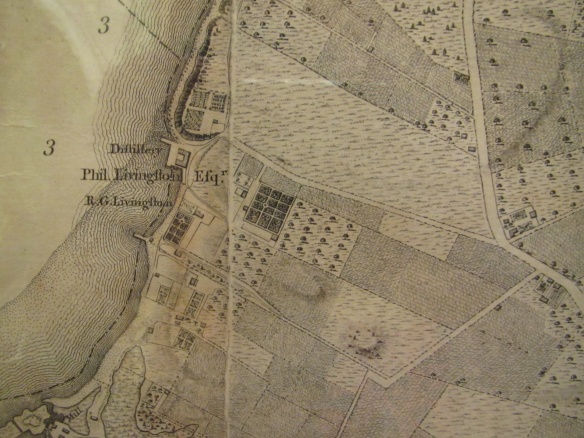 to confer on further strategies. From the meeting minutes, “It was submitted to the consideration of the council whether, under all circumstances, it would not be eligible to leave Long Island and its dependencies [fortifications] and remove the army to New York.”

The argument was compelling: after suffering a crushing defeat at Gowanus, the Continental Army was crippled and morale was low. Nearly two days of rain had spoiled almost all remaining ammunition. Impossible to keep fires going for cooking or warmth, men were cold and hungry. Half the Army was still in Manhattan. Perhaps most importantly, if the winds shifted, the British fleet would control the East River, and that would mean certain defeat of the entire quest for independence. After minor debate, the decision was unanimous: it was time to go.

Nearing sunset, word reached troops that a night attack was in order. Across the line of defense, men were informed: be “under arms with packs and everything.”

Led to believe that reinforcements had arrived to relieve them, the sick, wounded, and the most inexperienced troops departed for Brooklyn Ferry landing. 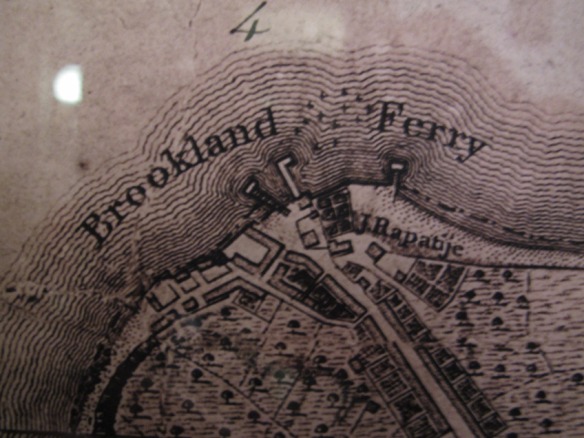 Neither officers nor enlisted were told that the move was, in fact, a retreat. The directional proceedings, however, were not lost on some Generals, who pieced it together that the “night attack” was merely a ruse. Alexander Graydon remarked that it “flashed upon my mind that a retreat was the object, and that the order for assailing the enemy was but a cover to the real design.”

Beyond the intentional deception, there was at least one other problem: thanks to the nor’easter that enveloped the region for the preceding days and the ebb tide that evening, it seemed that the river might be too rough to cross.

Somewhat miraculously, the wind died down, the rain stopped, and John Glover’s Massachusetts sailors and fishermen manned the boats, putting years of experience in turbulent waters into every oarstroke. (They’re commemorated by the plaque below.) 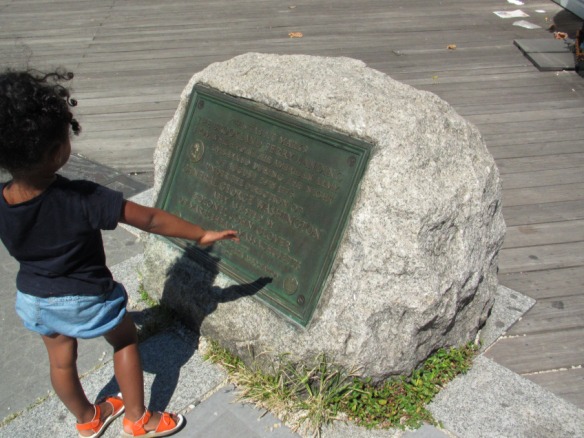 They moved everything—from troops to cannons— 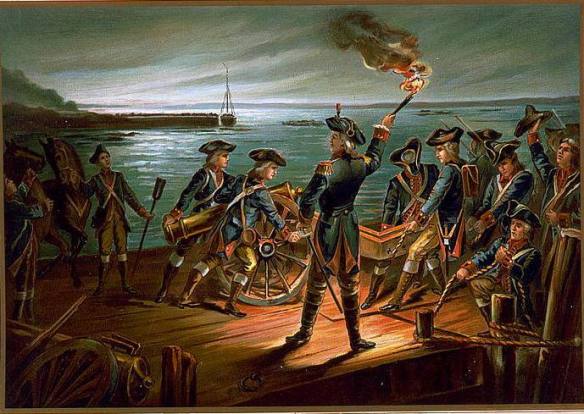 and they did it all in darkness with no running lights. If nothing else, the Continental Army had one stroke of luck: lingering cloud cover obscured the full moon that night. If skies had been clear, their escape would’ve surely been foiled. 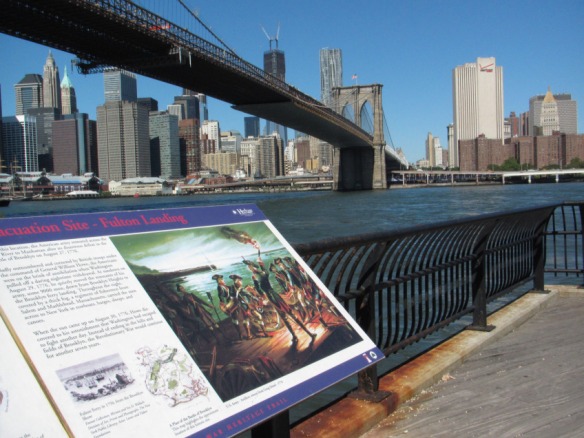 As men withdrew from Brooklyn and beyond, “tedious was the operation through mud and mire,” wagon wheels were muffled, and speaking in any voice above a whisper was prohibited. Some cannons were “impossible to move” and were left behind,  and there was occasional confusion in the procession, but in the last hours of August 29, 1776, it all went surprisingly well.